Fourth Sunday after Pentecost Year B

My apologies for not having posted this sooner.

34 Then Samuel went to Ramah; and Saul went up to his house in Gibeah of Saul. 35 Samuel did not see Saul again until the day of his death, but Samuel grieved over Saul. And the LORD was sorry that he had made Saul king over Israel.

1 The LORD said to Samuel, “How long will you grieve over Saul? I have rejected him from being king over Israel. Fill your horn with oil and set out; I will send you to Jesse the Bethlehemite, for I have provided for myself a king among his sons.” 2 Samuel said, “How can I go? If Saul hears of it, he will kill me.” And the LORD said, “Take a heifer with you, and say, ‘I have come to sacrifice to the LORD.’ 3 Invite Jesse to the sacrifice, and I will show you what you shall do; and you shall anoint for me the one whom I name to you.” 4 Samuel did what the LORD commanded, and came to Bethlehem. The elders of the city came to meet him trembling, and said, “Do you come peaceably?” 5 He said, “Peaceably; I have come to sacrifice to the LORD; sanctify yourselves and come with me to the sacrifice.” And he sanctified Jesse and his sons and invited them to the sacrifice.

6 When they came, he looked on Eliab and thought, “Surely the LORD’s anointed is now before the LORD.”1  7 But the LORD said to Samuel, “Do not look on his appearance or on the height of his stature, because I have rejected him; for the LORD does not see as mortals see; they look on the outward appearance, but the LORD looks on the heart.” 8 Then Jesse called Abinadab, and made him pass before Samuel. He said, “Neither has the LORD chosen this one.” 9 Then Jesse made Shammah pass by. And he said, “Neither has the LORD chosen this one.” 10 Jesse made seven of his sons pass before Samuel, and Samuel said to Jesse, “The LORD has not chosen any of these.” 11 Samuel said to Jesse, “Are all your sons here?” And he said, “There remains yet the youngest, but he is keeping the sheep.” And Samuel said to Jesse, “Send and bring him; for we will not sit down until he comes here.” 12 He sent and brought him in. Now he was ruddy, and had beautiful eyes, and was handsome. The LORD said, “Rise and anoint him; for this is the one.” 13 Then Samuel took the horn of oil, and anointed him in the presence of his brothers; and the spirit of the LORD came mightily upon David from that day forward. Samuel then set out and went to Ramah.

Saul’s falling out of favour with the Lord was based on several things.

I have always found, these three reasons challenging, but particularly the third. It is a stark reminder of the radical obedience expected of Saul and the people of Israel.

The key to how the Lord assesses human character is in verse 7:

“Do not look on his appearance or on the height of his stature, because I have rejected him; for the LORD does not see as mortals see; they look on the outward appearance, but the LORD looks on the heart.”

This is a reminder to us to attend to our heart in the process of purifying our heart.

Samuel’s role as an intermediary has interesting comparisons with the practices of other religions.

As we have noted before in relation to the difficulty of  implementing a pure theocracy, that just as Israel wanted a king like other nations, so they had many other things in common with them. Pleading with God (intercessory prayer) and in the case of other nations, with their gods; objects and rituals of worship.  Israel had the ark of the Covenant, the priesthood and all that was associated with it including the altar, various other religious objects and the tent of meeting.

It seems very difficult for us, as human beings, to have an unmediated relationship with God and have no divine things or images.  As Christians of course, we believe that Jesus Christ is the one true mediator and in the Reformation tradition, that we are saved by faith in him alone. But it is important to note, that in the Catholic traditions of the church, the importance of the sacraments. Anointing with oil is one of the sacraments. It has been my experience in over thirty years of ministry, that the sacrament of anointing with oil, is an amazing gift from God. I always had the practice of anointing people, who wish to be anointed for any particular situation or condition, to anoint them after they received holy Communion. Over the years, I’ve seen a number of miracles of healing resulting from this. Consequently, just as anointing was powerful in the process of David becoming king, so anointing can be very powerful in our own lives. I do need to add that I have also, when necessary, anointed people in other contexts

Another aspect of Samuel’s intercession with the Lord and the various sacrifices and their parallels with other religions, is the radicalness of Jesus teaching on prayer.  Whilst supporting constant intercession in the story of the woman and the unjust judge, his foundational teaching on prayer in Matthew 6, is radically different.

6 So we are always confident; even though we know that while we are at home in the body we are away from the Lord— 7 for we walk by faith, not by sight. 8 Yes, we do have confidence, and we would rather be away from the body and at home with the Lord. 9 So whether we are at home or away, we make it our aim to please him. 10 For all of us must appear before the judgment seat of Christ, so that each may receive recompense for what has been done in the body, whether good or evil.

11 Therefore, knowing the fear of the Lord, we try to persuade others; but we ourselves are well known to God, and I hope that we are also well known to your consciences. 12 We are not commending ourselves to you again, but giving you an opportunity to boast about us, so that you may be able to answer those who boast in outward appearance and not in the heart. 13 For if we are beside ourselves, it is for God; if we are in our right mind, it is for you. 14 For the love of Christ urges us on, because we are convinced that one has died for all; therefore all have died. 15 And he died for all, so that those who live might live no longer for themselves, but for him who died and was raised for them.

In a highly scientific culture, walking by faith and not by sight can be very challenging.  There is so much we have to work out with our minds in our lives. Unless we clearly hear from the Lord, and even when we do, to what extent should we research our information?  Walking by faith can be just poor decision making.

An important issue of our Christian faith is to reflect where our true home is. Richard Foster wrote a book published in the nineteen nineties ‘Prayer: finding a hearts true home’. The true foundation for our life in this world and our preparation for the time to come, is to find our hearts true home.

When we reflect upon Christ’s judgement, in the past it has often been the way of the church to see this judgement in harsh punitive terms. But Christ judges us in love; a love based on the fact that as Paul says ‘20 But in fact Christ has been raised from the dead, the first fruits of those who have died.6  21 For since death came through a human being, the resurrection of the dead has also come through a human being; 22 for as all die in Adam, so all will be made alive in Christ’. (1 Corinthians 15:20 – 22)

The tension in in this passage and in passages like it, some of which I have discussed previously, is the universality of verse 22. Note that Paul says ‘so all’, rather than ‘we all’. If the benefits of the resurrection were only for Christians, then I doubt whether he would have said ‘so all’. The call to the Christian life, is the people ‘might live no longer for themselves, but for him who died and was raised for them’.

This is another example of where Christian exclusivity is not necessarily consistent with the deeper meaning of the revelation.  This is also emphasised by Paul speaking of a new creation, creation involves everyone.

I have always found Paul’s saying that we no longer see Christ from ‘a human point of view’, as profoundly evocative as it resonates into a deep place in the very heart of my being. Too often we think of Jesus in human terms, that is from a human point of view, rather than how he is now and how he will appear to us in the fullness of time. 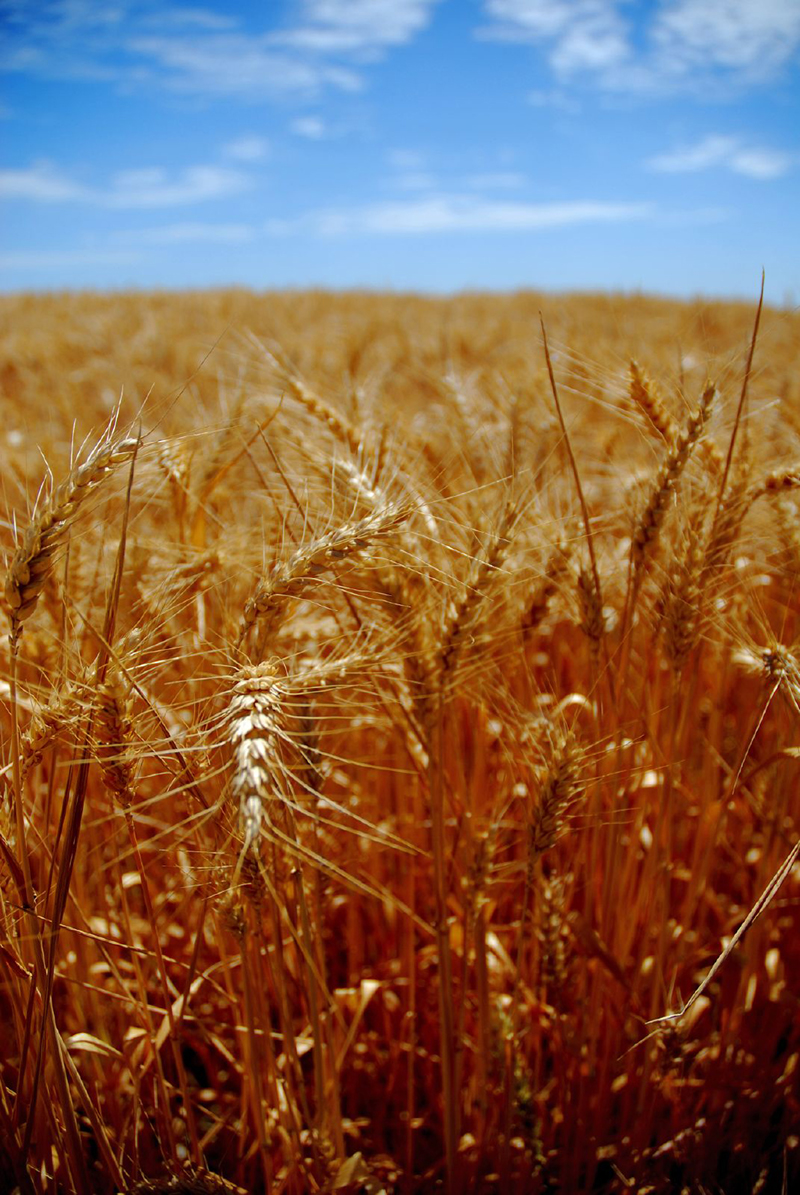 26 He also said, “The kingdom of God is as if someone would scatter seed on the ground, 27 and would sleep and rise night and day, and the seed would sprout and grow, he does not know how. 28 The earth produces of itself, first the stalk, then the head, then the full grain in the head. 29 But when the grain is ripe, at once he goes in with his sickle, because the harvest has come.”

30 He also said, “With what can we compare the kingdom of God, or what parable will we use for it? 31 It is like a mustard seed, which, when sown upon the ground, is the smallest of all the seeds on earth; 32 yet when it is sown it grows up and becomes the greatest of all shrubs, and puts forth large branches, so that the birds of the air can make nests in its shade.”

33 With many such parables he spoke the word to them, as they were able to hear it; 34 he did not speak to them except in parables, but he explained everything in private to his disciples.

The parables of Jesus, as intimated in the last verses of this passage, revealed deep truth of the kingdom of God.  A number of them are based on, what was central to the common life of many people of that time, the process of sowing and reaping. We, particularly in first world countries, are somewhat divorced from this process; except for avid gardeners!

The likening of the kingdom of heaven to a mustard seed in today’s reading, can be compared with the famous parable of Jesus, the parable of the Sower, which begins this chapter. These two parables, as I constantly reflect on, leads us away from a more literal, written understanding of the word of God, but rather are seeing is something like a seed that is planted in our hearts and grows. ‘The sower sows the word. (v 14)  Jesus explains this in considerable detail in the parable of the sower, where he speaks of the different ground that the seed can fall on. People can be likened of different types of ground but there can also be different types of ground within ourselves. 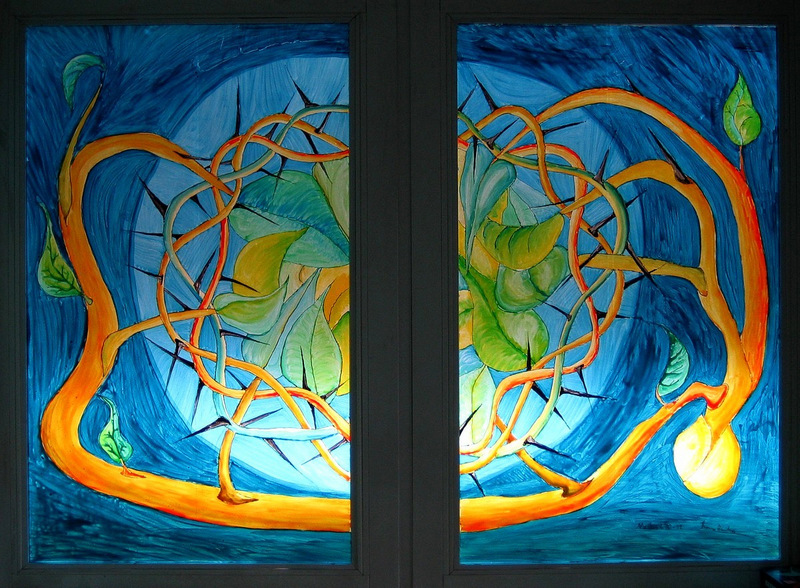 The Parable of the Mustard Seed