On May 17, 2019 by Bruce Charles With 0 Comments - General Discussions

The death of former Labour Prime Minister, Bob Hawke, on the eve of this year’s federal election is a stark reminder of the different roles played in the development of Australian Social and Political life, since the Whitlam Government.  Put simply, most significant social change has come through Labour Governments.  The role of the Liberal Party being largely to peg back Labour changes in favour of vested, elitist, interests, for example, Health Insurance and Medicare.

Social change, initiated by the Labour Party, although, at times, limited by pragmatic concerns, has led to greater equality.  The Liberal Party, usually, as Scott Morrison has played on, under the guise of supporting everyone to have a go, has supported the growing gap between rich and poor in our society.

With so much at stake in this election on the fundamental issues of climate change and social equity, I wonder why anyone would really consider more of Liberal dysfunctionalism.

Reflections on the Common Lectionary Readings

On June 30, 2018 by Bruce Charles With 2 Comments - Church Worship, Spirituality

if you are interested in the cycle of readings from the common lectionary that many churches throughout the world use their Sunday readings; you can find some commentaries on this website.

They are posted Sunday by Sunday.

Mindfulness, Etiquette and the Royal wedding.

On May 27, 2018 by Bruce Charles With 3 Comments - General Discussions

Hannah Betts in her article in the age 23/05/18 ‘Backlash likely but give Meghan a chance to shine’, that Meghan, now Duchess of Sussex acting abilities are a strength but also could make her vulnerable. Her ability gives her the appearance at least, of appearing engaged. After watching the Royal wedding like millions of other people, it would seem to me that most of the people present at the wedding and especially the Royals, could do with some coaching in how to at least appear engaged, but more importantly, how to be engaged in the moment.

Yet it really should not be about acting. Mindfulness, in all its various forms, needs to be central to social etiquette.  END_OF_DOCUMENT_TOKEN_TO_BE_REPLACED

Christmas a time for reflection as well as festivities

On December 22, 2017 by Bruce Charles With 5 Comments - General Discussions, Spirituality

Most of us have our own impressions of what Christmas has come to mean in our modern culture.  A time of festivity spent with family and friends; a time of goodwill and hopefully, charity.  A time of beautiful decorations and colourful lights that lighten the night, of carols both secular and religious.  Christmas is also a time for reflection.  It is probably in the carols that many of us get a glimpse of the deeper meaning of Christmas.  For example, ‘O Little Town of Bethlehem’, just to name one: 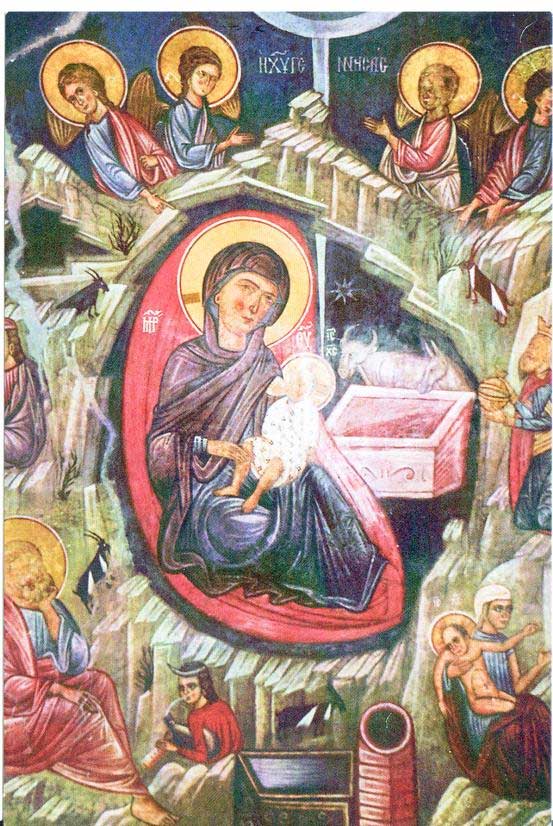 “How silently, how silently
The wondrous gift is given
So God imparts to human hearts
The blessings of His heaven
No ear may hear His coming
END_OF_DOCUMENT_TOKEN_TO_BE_REPLACED

On November 6, 2017 by Bruce Charles With 8 Comments - An Inner Dialogue, General Discussions, Science and Religion

This is a fairly early draft of a poem that came to me, one afternoon a little while ago.  I do not regard myself as a poet but trying this genre, helps to express complex ideas, in a lot less words.

I say it is a draft, as to try and perfect it, would take a lot more work.  For the moment I felt some might find it useful as we reflect on life death and eternity.

It is best read slowly and reflectively.  I could have dramatised it with images and background music but instead I am taking a more traditional approach, where I invite the reader to experience their own images

There is a recording that you might find useful to listen to after you have read it yourself.

As the road of my life winds into the sunset,

and darkness grows on the horizon

I gaze into the darkness, closer than ever before

I wonder, wonder, as I have many times before

what lies in the darkness.

I wonder what it will be like, when that moment comes?

Will it be violent, and excruciating pain?

Will it be peaceful, a breath that just ceases to be?

Will it be long and painful, as disease, eats me away?

END_OF_DOCUMENT_TOKEN_TO_BE_REPLACED

When Malcolm Turnbull took over as Prime Minister from Tony Abbott, at his initial press conference, he emphasised the importance of the rule of law.  The Constitutional nightmare that we now have results from his complete disrespect for the rule of law.  As many journalists have noted and particularly, Mark Kenny in his ‘Analysis article – No judgement and no answers: chaos engulfs the Turnbull government’ (The Age 27/10/17); Malcolm Turnbull decreed on 14 August

“The leader of the National Party, the deputy prime minister is qualified to sit in this house and the High Court will so hold”

Malcolm Turnbull as a supposedly ‘respected lawyer’ should have known that he was in no position to make such a statement about what the High Court would rule.  He disrespected the convention in the case of Barnaby Joyce, but not Senator Canavan, that someone under investigation should be stood down. Therefore, he has precipitated a Constitutional nightmare, through his complete disrespect for the separation of powers and the rule of law, for political purposes.

Similarly, one can only wonder what the consequences might have been, if Barnaby Joyce, when acting as Prime Minister, had been called on to make a significant decision!

There would have to be questions as to the validity of any legislation that Barnaby Joyce has participated in, particularly in the current Parliament given the narrowness of the majority.  For example, it might well be that workers affected by the ‘Penalty Rates Legislation’ will have a class action over the validity of the law.  Similarly, the question of a Royal Commission into the banks.

This crisis also raises questions about the role of the Governor General, Sir Peter Cosgrove.  He has signed off on legislation passed while members were still in the Parliament, although the validity of their seats being before the High Court.  It could be argued that he should not have accepted Malcolm Turnbull’s stand on 14 August and insisted that those before the High Court should stand down until their status was made clear.

It will be interesting to see how we wake up from this nightmare.

‘Yes” the only just response

On October 7, 2017 by Bruce Charles With 3 Comments - General Discussions

Those who are arguing for people to vote ‘No’ in the Same Sex Marriage Debate are like a confused ostrich with its head in the sand and not realising that it has its head in the sand.  The confusion and blindness comes from failing to make a distinction between law and morality.  The law defines what are minimum acceptable standards within the society.  Morality, ethics or ultimate ideals, are a different level of debate.  There are many behaviours and practices in our society that are legal but that do not necessarily conform to higher human values.  For example, the laws that allow such inequality of wealth to grow and develop.

Similarly, the various arguments about the quality of parenting that same-sex couples might give their children, are quite irrelevant.  We cannot really legislate the quality of parenting and the love that two people and their extended family, might or might not give their children.  The complexity of hetero sexual relationships and the families developed from them, are very complex.  Many do not conform to the ideal argued for by the ‘No’ supporters in the debate.  To not acknowledge this and set much higher values that same-sex couples are to be assessed by, is totally unjust to say the least.

Rather than the vitriolic, divisive  and unloving debate, that we at times are degenerating into, we need to focus on being a more loving and caring society where people from whatever their background, can be encouraged to develop their full potential as a human being.  In other words, to reword, for our current society, the old saying ‘it takes a village to raise a child’ to ‘it takes a community, it takes a society to raise a child’.

Consequently, the only just response to the debate about legalising ‘Same Sex Marriages’ is to vote ‘Yes’.

On June 30, 2016 by Bruce Charles With 5 Comments - General Discussions

Groundhog Day, an extreme cinematic exploration of the ‘déjà vu’ experience that many of us have in our lives.  This election seems like Groundhog Day.  After 3 years of tumultuous and largely ineffective government, the Liberal government now tries to present itself as a government of order and stability.  It is as if Tony Abbott never happened.  Malcolm Turnbull and Scott Morrison after some nine months of wandering around offering very little strong direction in government, now present themselves as a government with stability and an economic plan.  It is hard to believe that they can be straight-faced given what happened in the Abbott prime ministership.  It also seems that many political commentators are also being sucked in because there does not seem to be very much outrage about the audacity of the government’s approach END_OF_DOCUMENT_TOKEN_TO_BE_REPLACED

On March 10, 2016 by Bruce Charles With 7 Comments - General Discussions

I have published on this website, a booklet on ‘Prayer & Meditation’.  Written over thirty years ago, it is a simple introduction to the subject.  The booklet starts at the very beginning and assumes no knowledge of prayer or meditation. Yet, although basic, it also includes some deep mystical insights.

The booklet does not seek to explain in great depth, but rather, being somewhat cryptic in style, points to directions that can be explored.  It provides keys for the imagination to explore prayer and meditation.

Although prayer and meditation begin with our intentional effort, the exploration soon leads the practioner, into places where God is more the initiator than we are.

The booklet was written in 1983, for the Mothers’ Union in the Anglican Diocese of Bendigo, and, consequently, was written for a Christian audience.  Yet, it has many universal undertones.  Prayer, silent prayer, meditation and contemplation, quickly leads us into mystical experience of God, the realm where most major religions, truly converge.

An example of the pamphlets universal undertones is given where Elijah, one of the greatest prophets of Israel, is led by God to the ‘Holy Mountain’.  He hides in a cave, (representative of the inner place), when God calls him from the cave: 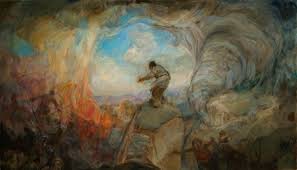 The Hebrew word for ‘gentle whisper’ or ‘still small voice’ is demahmah, which means a soft murmuring sound.  The word is onomatopoeic, that is it means as it sounds.  The 19th Century, Hebrew linguist, Gesenius, said that demahmah was related to the Sanskrit word ‘Ohm’, representing and then leading to an experience of ‘the primal sound of the universe’ or possibly, what scientists call the sound of ‘the Big Bang’ that still resonates throughout the universe.

This booklet is currently being updated at the moment.  It is now double the size with greater detail and, more explicitly interfaith.  It will be published soon. 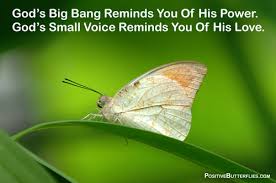 A Council for the Clarifying of ideologies

On December 26, 2015 by Bruce Charles With 90 Comments - General Discussions 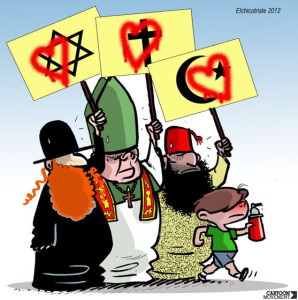 A Council for the Clarifying of Ideologies in every secular democracy, at least, would be a very significant way of responding to the dangers presented by Daesh (IS) and other extremist groups.  A number of people have been saying in the light of recent terrorist attacks in various parts of the world, and particularly last week in Paris, that ultimately, Daesh (Islamic State) will only be defeated through the clarifying of ideologies, rather than on the battlefield. END_OF_DOCUMENT_TOKEN_TO_BE_REPLACED