Today’s commentaries on the readings, include some excerpts from the ‘Whole People of God’. This material is used for our Sunday school. The excerpts used are in italics.

St Luke begins the Acts of the Apostles, summarising the significance of this time in the church year and our life in the church:

In the first book, Theophilus, I wrote about all that Jesus did and taught from the beginning 2 until the day when he was taken up to heaven, after giving instructions through the Holy Spirit to the apostles whom he had chosen. 3 After his suffering he presented himself alive to them by many convincing proofs, appearing to them during forty days and speaking about the kingdom of God. 4 While staying1  with them, he ordered them not to leave Jerusalem, but to wait there for the promise of the Father. “This,” he said, “is what you have heard from me; 5 for John baptized with water, but you will be baptized with2  the Holy Spirit not many days from now.”  (Acts 1:1 – 4) 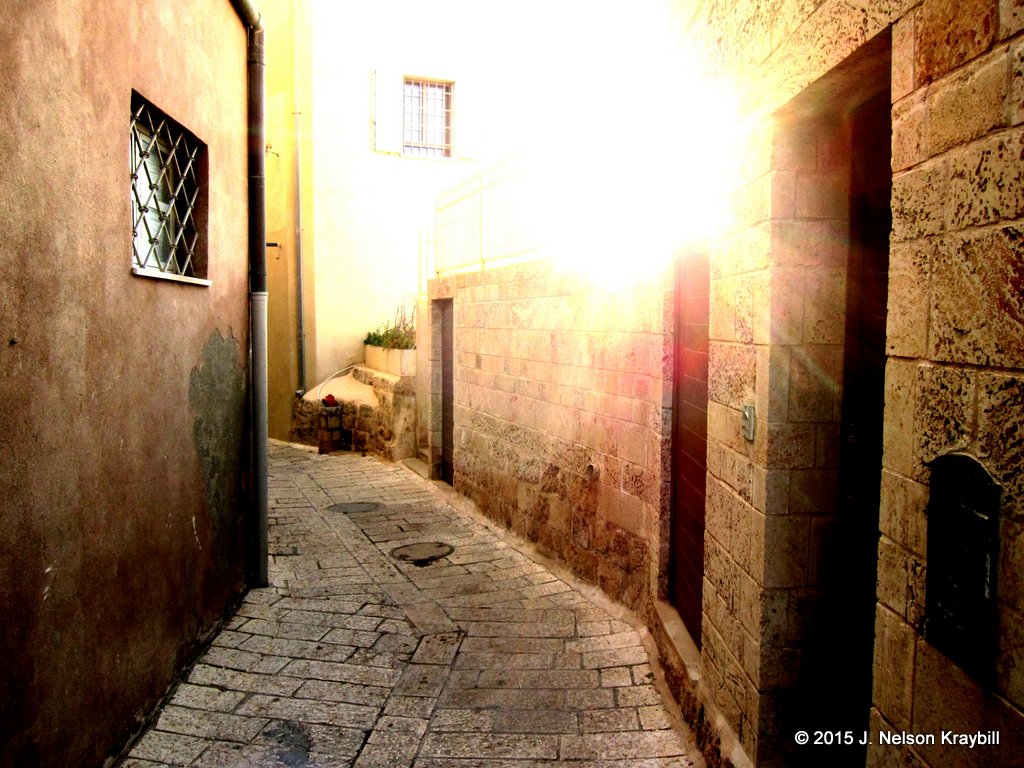 This passage is based on Acts chapter 10 where Peter met with Cornelius, a Roman centurion. Today’s reading is Peter reporting back to the other apostles and believers.

Now the apostles and the believers1  who were in Judea heard that the Gentiles had also accepted the word of God. 2 So when Peter went up to Jerusalem, the circumcised believers2  criticized him, 3 saying, “Why did you go to uncircumcised men and eat with them?” 4 Then Peter began to explain it to them, step by step, saying, 5 “I was in the city of Joppa praying, and in a trance I saw a vision. There was something like a large sheet coming down from heaven, being lowered by its four corners; and it came close to me. 6 As I looked at it closely I saw four-footed animals, beasts of prey, reptiles, and birds of the air. 7 I also heard a voice saying to me, ‘Get up, Peter; kill and eat.’ 8 But I replied, ‘By no means, Lord; for nothing profane or unclean has ever entered my mouth.’ 9 But a second time the voice answered from heaven, ‘What God has made clean, you must not call profane.’ 10 This happened three times; then everything was pulled up again to heaven. 11 At that very moment three men, sent to me from Caesarea, arrived at the house where we were. 12 The Spirit told me to go with them and not to make a distinction between them and us.3  These six brothers also accompanied me, and we entered the man’s house. 13 He told us how he had seen the angel standing in his house and saying, ‘Send to Joppa and bring Simon, who is called Peter; 14 he will give you a message by which you and your entire household will be saved.’ 15 And as I began to speak, the Holy Spirit fell upon them just as it had upon us at the beginning. 16 And I remembered the word of the Lord, how he had said, ‘John baptized with water, but you will be baptized with the Holy Spirit.’ 17 If then God gave them the same gift that he gave us when we believed in the Lord Jesus Christ, who was I that I could hinder God?” 18 When they heard this, they were silenced. And they praised God, saying, “Then God has given even to the Gentiles the repentance that leads to life.”

Among the most potent tools used by Rome and empires in general to maintain power and control is to create and maintain a system that keeps people divided. Acts 11:1-18 presents a direct challenge to this imperial system with the radical claim of a resurrection spirit that unites. Although Peter, along with the early Christian community, initially believe separation and division are essential for faithfulness, they soon discover the spirit of the risen Christ breaks down those divisions and separation.

The Jewish community had long lived with a survival tension between welcoming the outsider and maintaining a religious and cultural identity of separation. This tension between welcome and separation, division and unity run throughout the Hebrew scriptures. The separation helped hold the Jewish people together as a community, but it also made them susceptible to the division that kept empire ideology alive and powerful.

The early Christian community had accepted this disunity and separation. They believed community survival meant purity and separation from those identified as other. Even before Peter arrives back in Judea, Christian leaders had heard Peter was threatening their survival by creating bonds with those known as Gentiles. Getting right to the point, they ask Peter, “why did you go to uncircumcised men and women and eat with them?”

The spirit – which enlivened the words of the prophets, revealed Jesus as one with the Jubilee mission of God’s justice at Nazareth, gave new life and energy to the church at Pentecost, and is unbound by imperial constraints – comes to Peter in a dream. It is a dream that leaves no doubt that God’s saving work looks nothing like the divisive empire favouring peace promised by Rome. Rather, it is a gift from God, drawing us ever deeper into unity with the God of all of creation. “The spirit told me to go with them and not to make a distinction between them and us.”

According to Acts, the Spirit is at work in our world blessing all who will receive with the life-giving spirit of resurrection’s solidarity. For the disciples gathered in Judea, it was a convincing argument, “For when they heard this, they were silenced. And they praised God saying, “Then God has given even to the Gentiles the repentance that leads to life.”

As a question ‘how we receive the Holy Spirit or how we are baptised by the Holy Spirit’, has been so divisive in the church over the centuries, it is important that we pause and reflect upon our own experience of the Holy Spirit.

In the Anglican Church, the Holy Spirit is given to a person, irrespective of age, through the sacrament of baptism, where a person has water poured over them or is immersed in water and the baptiser says ‘I baptise you in the name of the Father, Son and Holy Spirit’. Confirmation, that is the laying on of hands by a bishop in the apostolic succession, is part of this process, whether some years after baptism, in the case of a child, or with baptism or sometime after baptism, with an adult.

Traditionally, baptism was regarded as one of the dominical sacraments, that is, a sacrament necessary for salvation.

Today’s reading from Acts is an important reminder that the Holy Spirit can often act in ways that we do not expect.

The poet of Psalm 148 sings that the whole world should praise God; no matter what creature, no matter what station a human found in life. Age, gender, and power are pushed aside when we stand before God and acknowledge God’s goodness. All people and all creation find a common unity in one voice.

Then I saw a new heaven and a new earth; for the first heaven and the first earth had passed away, and the sea was no more. 2 And I saw the holy city, the new Jerusalem, coming down out of heaven from God, prepared as a bride adorned for her husband. 3 And I heard a loud voice from the throne saying,

“See, the home1  of God is among mortals.

He will dwell2  with them;

they will be his peoples,3

and God himself will be with them;4

4 he will wipe every tear from their eyes.

Death will be no more;

mourning and crying and pain will be no more,

for the first things have passed away.”

5 And the one who was seated on the throne said, “See, I am making all things new.” Also he said, “Write this, for these words are trustworthy and true.” 6 Then he said to me, “It is done! I am the Alpha and the Omega, the beginning and the end. To the thirsty I will give water as a gift from the spring of the water of life.

No matter how challenging life in the world and throughout human history, appears to be, it is vital that we trust in God’s ultimate divine purpose for creation. This is not just ‘a feelgood hope’, but a hope that encourages us to persevere in the darkest times; to persevere and following Jesus commandment to love one another as he has loved us. In other words to follow Jesus as commandments of love.

As the great Archbishop of Canterbury, Michael Ramsey said, and I paraphrase, the whole of Scripture, and particularly, the new Testament including the Gospels, are to be seen in the light of Jesus death and resurrection. The life and teaching of Jesus shows us how we can learn to love. It is a revelation of the way of love. For example, to love your enemies, to pray for those who persecute you, to forgive 70×7, which means there is no limit to the commandment to forgive. This is particularly emphasised in the writings of John, both in his gospel and his letters. The word love occurs 26 times in the gospel and 30 times in his letters. It is in his 1st letter, that John says ‘God is love’. (1 John 4:8)

If you love me, you will keep my commandments. And I will ask the Father, and he will give you another Advocate, to be with you forever. This is the Spirit of truth, whom the world cannot receive, because it neither sees him nor knows him. You know him, because he abides with you, and he will be in you. “I will not leave you orphaned; I am coming to you. In a little while the world will no longer see me, but you will see me; because I live, you also will live. On that day you will know that I am in my Father, and you in me, and I in you. They who have my commandments and keep them are those who love me; and those who love me will be loved by my Father, and I will love them and reveal myself to them (John 14:15 – 21)

it is through keeping the commandment of love that God in Christ is revealed to us through the Holy Spirit.

Learning to truly love our fellow human beings, to love every living being is at the heart of the life of being a Christian. No matter how fragmented human life, including the church, might be, we should never give up learning to love.

As Jesus said to love God and love your neighbour as yourself, is the foundation of this life. Learning to love begins in our everyday lives and as we share in the life of the church and particularly, in the worship of the church based on common prayer, we grow in love and we do the work of love.

It is in this context that we need to be challenged by the traditional teachings so starkly exemplified in the current controversy over the rugby player,Israel Falou, that hell awaits certain people.

This is the post at the heart of the controversy.

It is interesting to note, that the Anglican diocese of Sydney, has been supportive of Israel Falou.

Raising this issue, is not to be polemical, but to raise it is an issue of love and to recognise that because there is great division in the church as to whether God sends anyone to Hell forever, that we need to suffer in love, praying that by following Jesus commandment of love, we will grow through these times into a deeper experience of God’s love.